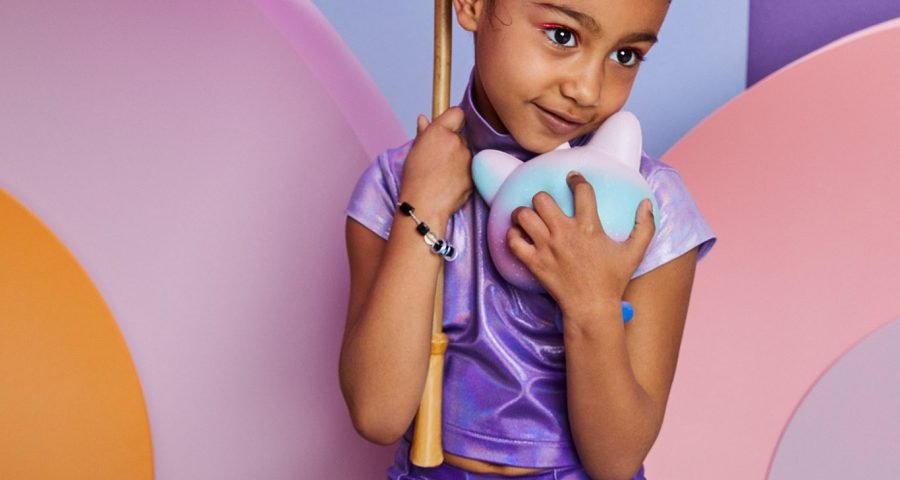 Kim Kardashian West couldn’t be prouder of her daughter for making her magazine-cover debut.

Following the unveiling of 5½-year-old North‘s photo session for WWD Beauty Inc, the reality star took to social media to fawn over the mini fashionista’s looks and attitude surrounding the big milestone.

“My most stylish and beautiful baby girl North shot her 1st cover for @wwd !!!! She loves fashion & beauty and has so much fun doing this!” Kardashian West, 38, wrote on Twitter and Instagram, sharing photos from the bold shoot.

“I’m seriously so proud of my Northie!” she raved in a separate tweet. “She picked her looks and eyeliner color and is so involved and loves fashion & beauty so much so she has the best time at her @wwd shoot! [Husband Kanye West] & I always say she’s Kristen Crawley’s style twin ?”

Kardashian West also revealed her daughter’s snack of choice on set, writing in a third tweet, “All she wanted was nachos on shoot day and we made that happen!”

From Balmain to Balenciaga: 18 of North West’s Most Memorable (Sometimes Custom-Made!) Outfits

Kris Jenner also couldn’t help showing off her grandchild’s achievement, boasting on Instagram, “I’m so proud of my little granddaughter North on the cover of @wwd #BeautyInc magazine February issue!!! What a cutie ?? #northwest #lovebug #minifashionista“

Various celebs and KarJenner pals took to Kardashian West’s Instagram comments to congratulate the youngster on her first solo cover. Wrote makeup artist Mario Dedivanovic, “This put a big smile on my face this morning.”

North appears on the front and inside the pages of WWD Beauty Inc, with the publication calling her “at the forefront of a generation that is highly connected, engaged with fashion and beauty and individualistic in style.”

“Called Alpha, signifying a new beginning, this age group is unlike any the world has ever seen,” the magazine continues of the batch of youngsters that will succeed Generation Z. (Another member of this group? John Legend and Chrissy Teigen‘s daughter Luna Simone, 2½.)

North posed for WWD in a variety of colorful outfits and makes use of kid-friendly props like parasols, toys and even bubbles.

While her WWD shoot is her first cover all by herself, it’s hardly North’s first foray into the editorial sphere.

In August 2017, the little girl accompanied Kardashian West on a journey to the past for Interview magazine‘s September cover story, wearing looks seemingly ripped from vintage photographs of late former First Lady Jackie Kennedy and her family in the accompanying photo series.

Almost a year later, North appeared alongside the KKW Beauty mogul and grandma Jenner, 63, to front Fendi’s #MeandMyPeekaboo campaign in honor of the 10th anniversary launch of the brand’s iconic Peekaboo bag, posing in candid and spontaneous shots taken in Los Angeles that captured the intimate, personal side of their family.