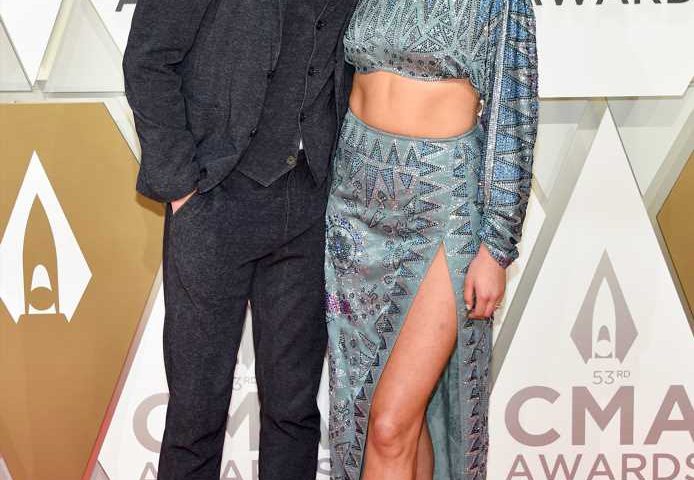 Kelsea Ballerini and Morgan Evans might be surrounded by babies — or at least it can sometimes feel that way — but they’re not ready just yet to have any of their own.

“I feel like everyone around us is having babies right now. It’s unbelievable, even on the red carpet there’s babies,” Evans, 34, told Entertainment Tonight on the red carpet before the 2019 Country Music Association Awards on Wednesday.

“We’re a little ways off from that, but we do very much look forward to that,” he said.

He and the “Miss Me More” singer, 26, married in December 2017 after meeting in his native Australia a year earlier. Evans joked on the red carpet that getting to be an aunt and uncle was “great” … but also “a little bit of birth control.”  Earlier in the show, he said that he and Ballerini were waiting a few years to start their family.

“She wakes up a smoke-show and for this she just takes it up a few notches,” he gushed to ET of his wife, who is nominated for female vocalist of the year at this year’s CMAs.

“Since we got married, I feel like 90 percent of the songs I’ve written have been love songs,” he added.

And Evans had only positive things to tease about her upcoming third album. “I can tell you that I am not on the record, but I can tell you the record is exceptional and I have loved watching her put it together this year.”

His own latest single, “Diamonds,” was both “really sincere but also really fun,” he said.

Earlier this year, when Evans attended the Academy of Country Music Awards solo, he explained to PEOPLE that their careers took them in different directions “all the time.”

“FaceTime is the best — you can see each other,” he said. “It’s kind of great but also frustrating at the same time because you’re so close but so far.”

He added then: “Sometimes talking on the phone is easier, but we always make time.”

The 2019 CMA Awards are airing live from Nashville’s Bridgestone Arena on Wednesday, Nov. 13, at 8 p.m. ET.