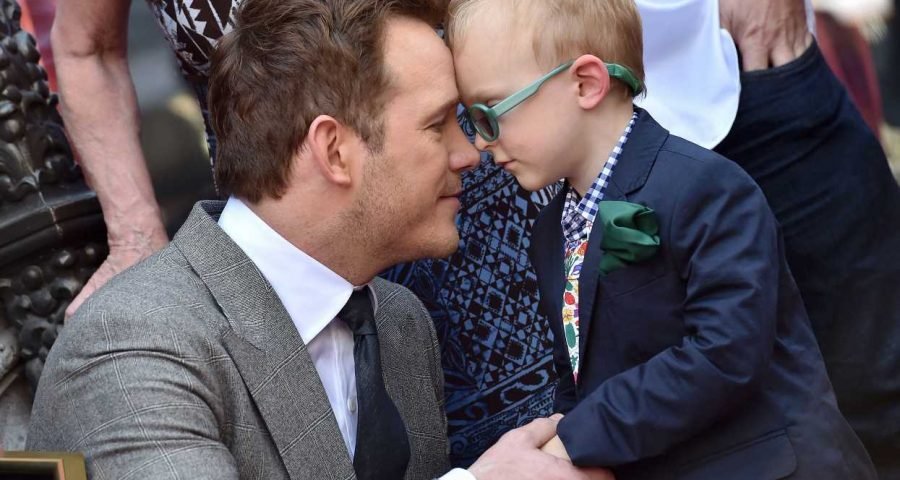 What he’s learned: You stop being so indifferent.

“There’s two things that happen when you have a child. One is you don’t really realize the depth of love that you could feel for someone you’ve just met. And you also realize the indifference of your friends who don’t have kids. And that is a massive thing. You also realize your own indifference to other people’s kids before you had kids. So when people used to show me photos of their kid, I’d be like, ‘Yeah, dude, it’s a kid. I get it. Well done. Loads of people have got them.’ Now, I’m like, ‘Aw.’ “

What he’s learned: You gain clarity.

“I finally understand Game of Thrones. I think about how I would do anything for my daughter, and also my wife. [Fatherhood] gives me this clarity of thought around every decision I make, not just professionally, but personally, and everything else. It just feels really good. It’s like a higher level of consciousness.”

What he’s learned: You get a built-in best friend.

“Now I’ve got people to act goofy with. You know what I mean? We jump on the bed together, and then the wifey comes and I’m like, ‘Hey guys, get off the bed. Stop doing that.’”

What he’s learned: You become a different person.

“It took my focus off myself, which is always good for an actor because actors are so self-involved. And I’ve learned more patience. Hopefully!”

“All the things you hear about going into parenting are true. I’ve never known love like this.”

“Being a father can be very challenging because kids are obsessed with their mothers. I’m in a room with my kids and I’m doing really well until my wife walks in! They just dump me. “That’s just how it is — there’s nothing I can do about it! My advice for new dads: If your wife is a great mommy, appreciate that and enjoy that. That’s a great thing to have.”

What he’s learned: Live in the moment.

“I really didn’t think at 56 that I would be the parent of twins. Don’t make plans. You always have to just enjoy the ride.”

What he’s learned: The sleepless hours are worth it.

“It’s pretty intense because I feel like when one of them goes to sleep, the other one wakes up and vice versa … “We’re figuring it out as we go, and it’s been a fun journey thus far. We’re both doing pretty good considering the circumstances. We’re just excited to start to learn how to be better and better parents every day and get the kiddos out on the road.”

“It’s a full-on assembly line … They harmonize when they cry. When one cries, two cry, then three cry. Chain reaction is a real thing at our house.”

What he’s learned: Coffee will be your new BFF.

“It is a tired like we have never known. But that is the payoff. It’s been really amazing, and I wouldn’t have it any other way.”

What he’s learned: Your relationship with time changes.

“I just don’t have time to waste. You gotta be really deliberate with how you choose to spend your day because those are the moments you’re away from your child. If anything, I want to work in a more focused way and discover the right balance for my life.”

What he’s learned: You’re suddenly inspired to work even harder.

What he’s learned: You don’t know it all.

“It humbles you. You start to realize you don’t have all the answers.”

“It’s a beautiful chaos that’s … surreal and serene. In my situation, Eva’s the dream mother, and they’re dream babies, and it’s like a dream that I’m having right now. I’m dreaming it all. So I feel so lucky.”

What he’s learned: Your sleep schedule is totally thrown off.

“If anyone else [deprived you of this much sleep], you’d have them up at the Hague for war crimes.”

What he’s learned: You grow more concerned about the future.

“I worry about the future more. When you have something or someone in your life to give the future to, I think it focuses the mind more about what you’re giving them. Are you happy that you’ve done all you can to leave it in a good state?”

“With my son, it’s not just about me anymore. It’s the people around me [that] I take care of everyday and just making sure everything and everyone around me is good. This is what is most important to me.”

What he’s learned: It’s the little things that make the sleepless nights worth it.

“It’s that amazing thing when it’s 3 o’clock in the morning and you go in and you’re gently furious, and you get a little smile and your heart breaks a bit, and it’s totally worth it.“

What he’s learned: Trial and error is the best way to goabout parenting.

“You learn as you go. There’s no real advice you can give anybody, and if anybody says there is, they’re lying … Kids don’t come with a rule book. You gotta figure it out yourself.”

What he’s learned: It’s always easier the second time around.

“The first one, I almost became a doula. I was reading every book. I was ready. I had like a catcher’s mitt on. This one, I haven’t done anything. I’m like, ‘Well, we didn’t break the first one.’ They’re really durable — that’s what you realize. They don’t break very easily.”

What he’s learned: You’ll want to show off your kid to anyone and everyone.

“I thought I’d never be that annoying person [who shares pictures of his kids], but as soon as Winnie was born, I was showing iPhone snaps to a cab driver.”

What he’s learned: You’ll suddenly see your partner in a different light.

“You watch her realize she has a gear she didn’t have, and then you go, ‘Whoa.’ “

What he’s learned: You won’t be an expert right off the bat, and that’s okay.

“I don’t know anything, but it’s kind of part of the beauty of it, honestly. There are a lot of instincts, a lot of things that kind of kick in and switch on. It’s a beautiful experience.”

What he’s learned: Becoming a dad is incomparable.

“I’ve done all kinds of cool things as an actor —  I’ve jumped out of helicopters and done some daring stunts and played baseball in a professional stadium, but none of it means anything compared to being somebody’s daddy. I made promises in that moment about what kind of dad I wanted to be and I just prayed that he’d live long enough that I could keep them.”

What he’s learned: Being present is key.

“As much as it’s nice to be busy and working, ultimately children don’t raise themselves. You’ve got to be there to help them and guide them through it. That’s one thing I try my very best to do.”

What he’s learned: Your new baby will rule your world.

“I don’t have to prepare to be wrapped around my daughter’s finger. I have been wrapped around her little finger since the day she plopped out into this world.”

What he’s learned: There are two types of parents.

“The older they get, the more I love being a dad. Now that they’re talking, I’m really loving the camp counselor end of parenting. I’m all about reasoning. If they fall and are OK but crying, David will be the hugger, and I’ll be the ‘Show me where it hurts; let’s talk about it’ one.”

What he’s learned: Being a dad is kind of terrifying.

“Nothing is more important or scary than protecting a daughter.”