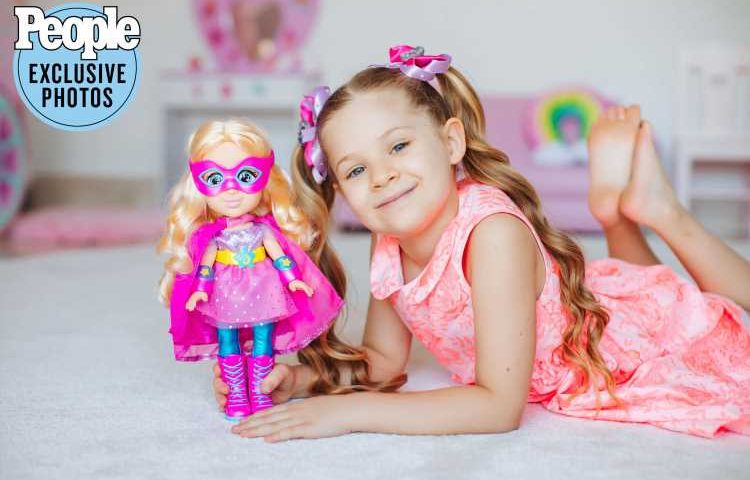 It's officially Halloween season — and Diana has got kids covered.

The 6-year-old YouTube phenom and star of Kids Diana Show has partnered with Pocket.watch to launch a brand-new line of toys and clothing for kids at Walmart, to go perfectly with her favorite holiday.

The pieces in the collection "encompass the core characteristics of what our fans know and love about Diana: imagination, playfulness, creativity, empowerment and friendship," they add. "Many of the colors and styles were inspired by Diana's looks on the YouTube channel. In fact, the dolls were designed to resemble the animated version of Diana, which we recently debuted on our YouTube channel in a series called 'Love, Diana Adventures.' "

"In the first four days, more than 10 million people watched it!" Diana's parents add. "Currently, it's up to [over] 20 million views, and we couldn't be more excited." With the No. 1 YouTube Channel in the U.S., Diana's parents tell PEOPLE they were inspired to launch their daughter's own line so that "our fans can experience playtime with Diana in a whole new way."

"Instead of just watching Diana go on an adventure, they can put on their own Love, Diana princess dress and go on one of their own," the pair says.

"Children who watch our YouTube channel think of Diana as their playmate. It always surprises us when fans recognize us in other countries, they often approach Diana and [her brother] Roma like they are seeing their best friends! Play is a universal language," they add.

They're also "excited to see our fans' reactions to the brand" during this time: "With so many families sheltered at home, we hope kids can find as much joy creating their own worlds with Love, Diana as we've had creating it." As for how the idea came about, Diana's parents say that she "loves to watch" Ryan's World star Ryan Kaji, and they were inspired by "how our partner in this franchise, Pocket.watch, was able to create a massive universe for a YouTube creator like Ryan, and we were confident they could help us turn our dream for Diana into a reality, too."

"We wanted to create a toy line that captured the many colorful and creative sides of our Diana," they add. "When Diana plays, she doesn't just want to be a princess — she wants to be a popstar princess. And an astronaut. And a hairstylist. And a mermaid. So for our line, we created items like Love, Diana Mashup Dolls that reflect different parts of Diana's personality."

"Much like our own children, each child will be inspired differently — Roma may transform his bedroom into a spaceship, and Diana may turn our kitchen table into a hair salon," they continue. "When our kids play, their worlds expand."

The Love, Diana kids line will be available starting Monday exclusively at Walmart stores and on walmart.com.