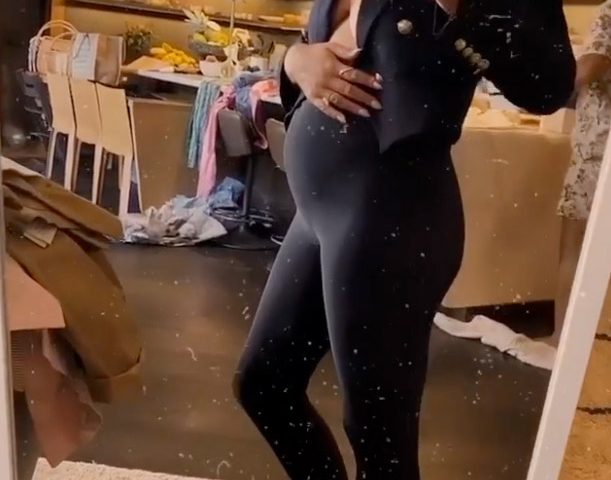 Chrissy Teigen is in the midst of her toughest pregnancy yet.

On Wednesday, the cookbook author, who is currently expecting her third child with husband John Legend, shared on Twitter that she's been on bed rest nearly all day as her pregnancy progresses.

"Been in bed for all but 5 mins of the last 24 hours. Here til next Tuesday," she wrote. "Lord it’s kind of crappier than it sounds."

The Chrissy's Court star added that she's "on punishment for saying the first two pregnancies were easy peasy."

Multiple sources confirmed Teigen's pregnancy to PEOPLE last month after the couple revealed she is expecting in Legend's "Wild" music video, and the Lip Sync Battle host shared a video of her baby bump to reveal the happy news.

Last week, Teigen shared on Twitter that she was on "official 2 week bed rest" and is using her time to get crafty for her kids.

"… s—t is about to get … astonishingly ugly," she teased. The expecting mom also recently opened up about how she has been dealing with painful pregnancy headaches, revealing on Twitter that she had been "cleared" to get botox to help with the discomfort, which she also dealt with while pregnant with son Miles.

"I get really, really bad pregnancy headaches," Teigen wrote earlier this month. "Was thrilled to be cleared to do neck muscle botox along with a crazy combo of beta-blocker shots and radio wave frequency something something doctor terms."

"Anyhow man it's just so bad but I see the light finally," she added.

During her second pregnancy, Teigen spoke about her struggles with pregnancy headaches — turning to her followers for advice on how to remedy it.