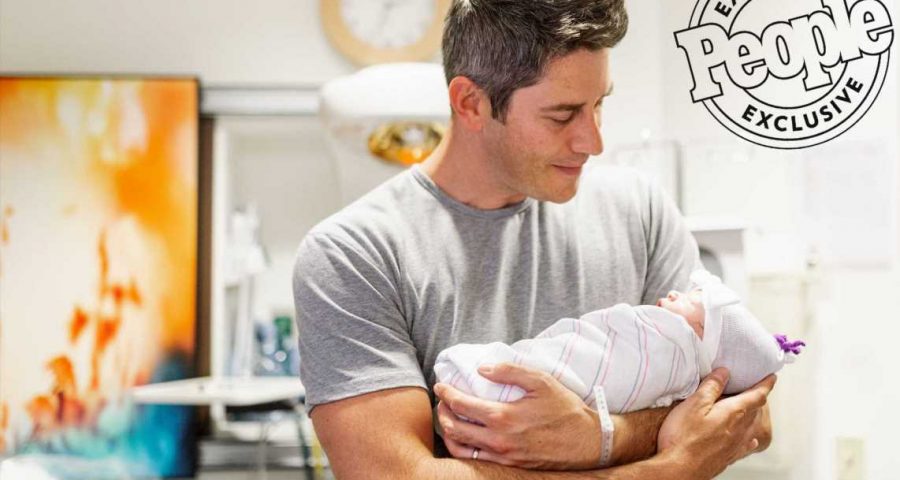 It’s been a week since Arie Luyendyk Jr. and Lauren Burnham welcomed their first child, Alessi Ren — but they still can’t get enough of her.

“The first few nights were obviously rough,” the former Bachelor, 37, tells PEOPLE in this week’s issue, out Friday. “We are learning, but it has been really exciting. We aren’t really getting any sleep — probably because we can’t stop staring at her.”

“I am obviously really glad the pregnancy part is over and so happy to finally have her,” Burnham, 27, agrees. “She is the sweetest thing in the world and I can’t stop staring at her.”

Luyendyk Jr. and Burnham welcomed their baby girl last week, and announced her arrival on social media, writing, “We have a BEAUTIFUL baby girl 6 lbs, 13 oz. 20cm long. Mommy and baby are doing great, we are so incredibly happy.”

A day later, the couple revealed their newborn daughter’s name in Burnham’s Instagram post, writing, “She is sweet, calm and @ariejr and I could not be more in love with her.”

Burnham tells PEOPLE that the couple decided on the unique moniker way back in December.

“I was obsessed with finding a name right away,” she shares. “I think it was on Christmas Day when we decided. I was looking online at girl names once we found out the gender. I found Alessia and loved it and Arie said, ‘What if we dropped the A from the end?’ And we both knew that was it.”

“The name means possessing a charming, easy going nature, which endears her to others … a serious desire to understand heart and mind of everyone,” she continues.

“The middle name is a nod to Lauren’s name,” Luyendyk Jr. adds. “Just like I’m named after my dad, Alessi is named after Lauren.”

In the days following the birth, Burnham and Luyendyk Jr. say things have finally been settling down, and they’re spending time getting to know their little girl.

“We have had a lot of family over,” Burnham says. “Everyone wants to meet her. But we are getting into the swing of things now, getting into a groove.”

“She has a ton of hair and her eyes are kind of changing color to a dark blue,” Luyendyk Jr. adds. “The dogs have been very curious, so we’re trying to get them use to having her here.”

Luyendyk Jr. says the best part about being at his wife’s bedside while she gave birth was when he saw the baby’s “little head.”

“I had to keep it together because Lauren was still pushing and working to get her out,” he tells PEOPLE. “Hearing her first cry was very emotional for us. The first thing I noticed was that her nail beds are the same as my hands. A very emotional moment thinking this baby is obviously half of each of us. It’s just really special.”

“They pulled her out and put her on my chest right away and that just took my breath away,” Burnham adds. “It was wild seeing her face for the first time.”

For more on Arie and Lauren’s baby, pick up the latest issue of PEOPLE, on newsstands Friday.