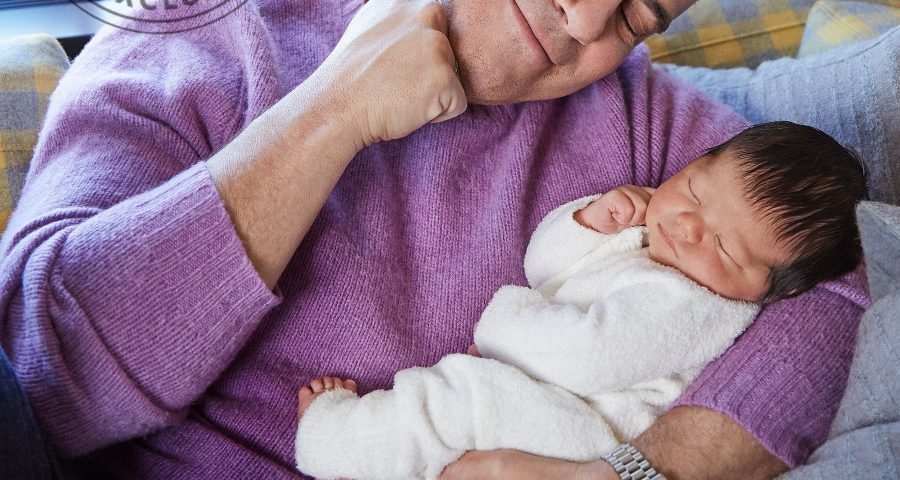 These days, Andy Cohen‘s focus is on his 3-week-old son Benjamin Allen.

During a Wednesday chat with Howard Stern for the latter’s SiriusXM show, the new dad opened up about how he hasn’t smoked marijuana since welcoming his baby boy via surrogate on Feb. 4.

“No … not since the baby,” Cohen, 50, told Stern of giving up the activity when asked if he was still indulging. “I don’t feel comfortable … It’s not the time for that.”

The Watch What Happens Live host also revealed that pal John Mayer visited the father-son duo in the hospital, that Benjamin’s godfather is Cohen’s best friend Bruce Bozzi and, like his father, the newborn is circumcised.

“I have a gorgeous circumcised penis and I wanted him to have the same,” Cohen joked.

Cohen also touched on the dad shaming he has received already, including from those who criticized the star for bringing his newborn son on a plane during his first few days of life.

” ‘You don’t think I checked with three f—king pediatricians before?’ ” the Bravo star told Stern about his responses to the judgmental comments. “And I flew with a baby nurse.”

That help comes in handy considering his work schedule, which has him filming his show late and not arriving home to the West Village until after midnight.

Another important man in baby Benjamin’s life, aside from his dad, Mayer and Bozzi? “Uncle” Anderson Cooper, who recently dropped by Cohen’s home for an “exclusive” one-on-one with the adorable infant.

In the cute snapshot Cohen shared Wednesday, the CNN anchor peers over the railing of Benjamin’s crib. The two are locked in an intense gaze as Benjamin, wrapped snugly in a blue swaddle, lies in a cushioned baby lounger.

“Uncle Anderson got an exclusive … ” wrote the proud papa.