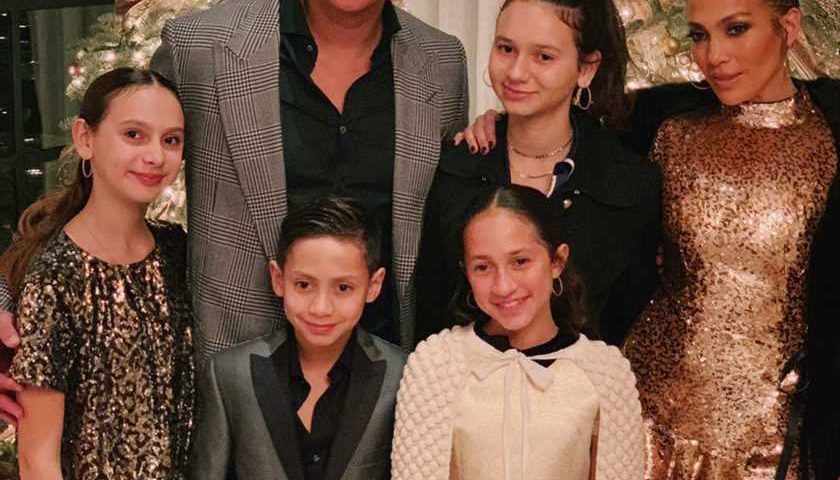 For years, Alex Rodriguez commanded stadiums as a star baseball player for the New York Yankees — but when it comes to getting the attention of his kids at home, things aren’t so easy.

In an appearance on Today with Hoda & Jenna, Rodriguez, 44, opened up about what it’s like to be a dad to his blended family — and how hard it can be to parent his kids without the help of his fiancée, Jennifer Lopez.

“We have four kids, and no one listens to Dad,” he joked on Wednesday’s episode.

When Rodriguez and Lopez, 50, got engaged in March, they also brought their two families together, creating a tight group of six.

He has two daughters (Ella Alexander, 11, and Natasha Alexander, 15 this month) with his ex Cynthia Scurtis, while Lopez has twins Emme Maribel and Maximilian “Max” David, 11, from her previous marriage to Marc Anthony.

And when it’s just him at home with the kids and Lopez is away, Rodriguez said, he tries his best to take charge with the parenting duties.

“Before she gets home, I’m the boss,” the former MLB player said on Thursday. “When I get home, I’m security, I’m Uber, I’m the teacher.”

But the minute Lopez walks in the door, he loses his status, he joked. “It’s over, it’s over,” Rodriguez said.

“When she gets home, she’s the boss,” guest host Andy Cohen added.

Rodriguez credited his appreciation for strong women like Lopez to his own childhood and being raised by a single mother.

“I’m drawn to powerful women because of my mother — she had two jobs,” he said. “I have an incredible sister, and I just believe in women’s equality. Women are the future.”

Lopez and Rodriguez have always made it clear that family comes first in their relationship. A source told PEOPLE in March that the couple’s children are excited about their upcoming wedding and have wanted their parents to get married “for a long time.”

“The kids are amazing together,” the source said. “They will all definitely be a huge part of the wedding.”

Jennifer Lopez Says Son Max, 11, Will Walk Her Down the Aisle When She Marries Alex Rodriguez

Lopez told PEOPLE in 2018 that not only did she and her fiancé both readily accept each other’s children, but that her kids clicked immediately with Rodriguez’s own.

“I was so loving to his kids and he was so loving and accepting of mine, and they embraced each other right away,” said the singer and Hustlers actress. “[It was like] ‘I get a new bonus brother and sisters to hang out with all the time and it’s nice.’ “

Rodriguez agreed, and called their kids “best friends” and telling PEOPLE, “We couldn’t have asked for anything better than the four of them getting along as they do.”