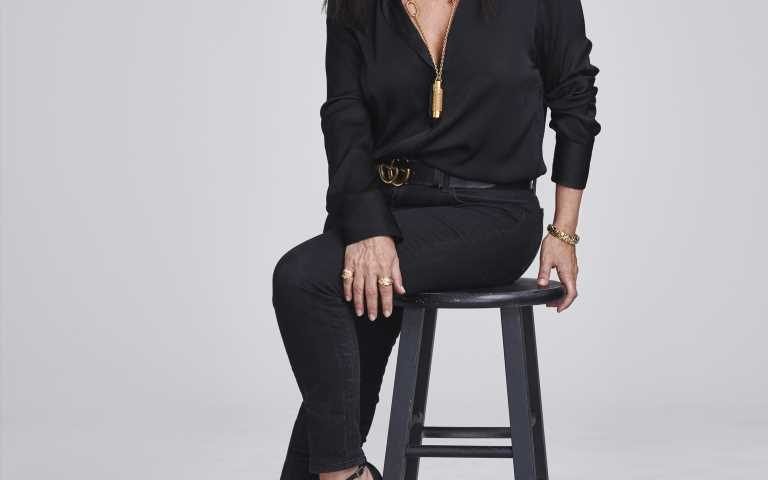 Beauty and fashion veteran Veronique Gabai Pinsky will launch her own brand in late July.
The former chief executive officer of Vera Wang and global brand president at the Estée Lauder Cos. Inc. is introducing an eponymous lifestyle and fragrance range inspired by the South of France, where she grew up.
“I have an attachment to French cultural values. My roots are in the Mediterranean,” said Gabai Pinsky. “The idea is to bring the lifestyle and spirit of the Côte d’Azur to the rest of the world. The Mediterranean is the cradle of humanism, and is also a fabulous expression of hedonism. It’s a lifestyle of relaxation, pleasure and sensoriality.”
The brand, called Veronique Gabai, will carry products across multiple categories, including fragrances and jewelry, as well as capsule collections for the home, body and face at launch.
The nine core scents, all of which were created by Firmenich, harken back to various aspects of the Côte d’Azur. While each is very different from the other olfactively, they all share a common thread in terms of structure, with a “luminosity” that runs throughout, she said.
Lumene D’Iris is built around the iris flower, for example, while Cap D’Antibes is based on the Aleppo tree, a small pine tree native to the region whose pine nuts Gabai Pinsky snacked on as a child. Other scents include Sexy Gamique, referring to the small forest at the edge of many beaches along the Mediterranean, Souvenirs de Tunisie, inspired by Gabai Pinsky’s parents’ homeland and featuring orange flower, and Sur La Plage, which captures the scent of the sea and beach.
Gabai Pinsky has also created two "booster" scents, each of which can be worn on its own or with the other fragrances in the line to create a more personalized proposition. They are Eau de Jour, which combines citruses and wood notes, and Eau de la Nuit, a more sensual composition with woods, amber and musks.
The scents will be sold in refillable metal-sheathed flacons, priced at $290 for 85-ml. A 125-ml. refill will be $290. Body products, which will be available in the two booster scents, are $100 each.
In describing the fragrances, Gabai Pinsky said she wanted to create a new olfactive structure, so that users experience the scent as a sensation rather than as a construction. “I want people to be like a bee in the flower,” she said.
Gabai Pinsky is also introducing face products she calls The Beauty Essentials, including Sunshine Face Oil, $139, The Goldie Highlighter, $90, and Sun-kissed Lip Finish, a transparent formula infused with golden pearls, for $39.
The capsule collection of color cosmetics was designed to give users the “bonne mine,” or healthy glow, of skin on vacation, Gabai Pinsky said.
The entrepreneur collaborated with Rose et Marius on the candles, which are also available in Eau de Jour and Eau de la Nuit and priced at $160 for both.
She has also designed a line of jewelry in gold-plated silver or sterling silver, including a chain, charms and a pendant which holds a tiny vial of scent. Prices start at $90 and rise to $990.
The entire range will launch online at Veroniquegabai.com in late July, then roll out to Barneys New York, Liberty in London and Net-a-porter in September. France will launch most likely in 2020, and a pop-up is expected to open in the next 24 months.
In addition to the core range, there will be a trial set available online. Priced at $45, it will have four fragrances and the two boosters; the purchase price will be redeemable in the price of a full-size product.
Industry sources expect first-year sales will reach $1 million and hit $10 million in year five. Gabai Pinsky declined to comment on the figures, but did note that she is self-financing the brand with the help of friends and family investors.
Gabai Pinsky will launch with a loyalty club for the first 1,000 customers of the brand’s web site, which she likens to Air France’s Club 2000 for high-spending travelers. “The first people who try it — you owe them your business and it’s important to thank them,” she said.
Gabai Pinsky, who was born in Antibes and married at the Hotel du Cap, speaks with passion of the South of France, pointing out that the region was home to the great artists and writers of the early 20th century.
“I carried this in me for a long time — the hardest part was maturing the idea of doing it,” she said. “For a long time I was afraid of what people would think. I was afraid I didn’t have the legitimacy to do my own brand, but as you get older, this fear disappears.”
Working with the perfumers was Gabai Pinsky’s favorite part of the brand’s development, and being able to share that creativity with consumers was part of what inspired the idea of the booster scents.
“The whole concept of the brand is to welcome people in. People want to experiment and express their personalities at the same time,” Gabai Pinsky said. “Personality is more important than perfection and style is more important than fashion.”
Source: Read Full Article