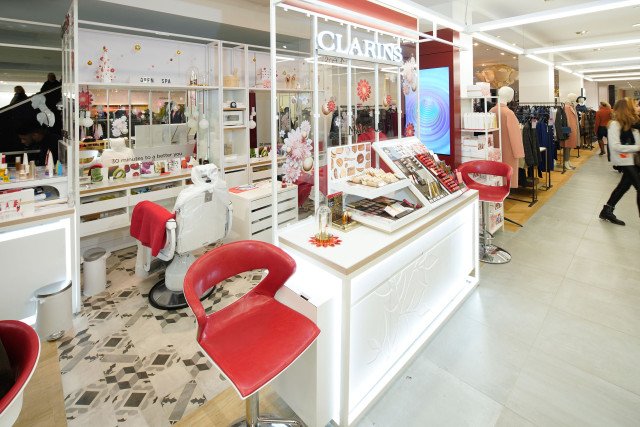 Digital doesn't equal better.
Despite the buzz around the direct-to-consumer channel, digitally native brands grew at the same rate as traditional prestige brands, both up 6 percent from 2017 to 2018, according to The NPD Group. This was just one of the findings to come out of CEW's Global Trend Report, held at The Roosevelt Hotel in New York on Tuesday morning.
Some digitally native brands fared better last year than others — while sales of Kylie Cosmetics declined 39 percent, ColourPop declined 10 percent and Jeffree Star's line was down 8 percent, Beautycounter grew 27 percent to $320 million in sales, Glossier sales grew 69 percent, and sales of dermatologist-backed custom skin-care brand Curology spiked 147 percent.
Brick-and-mortar is not only driving more sales — beauty sales in the channel grew from just under $13 billion to $13.4 billion year-over-year — but it is where the majority of the industry's $19 billion total sales came from in 2018.
New retail formats are driving customers in stores, said Larissa Jensen, executive director and beauty industry analyst at NPD, including big department store revamps like Bloomingdale's Glowhaus and Nordstrom's Well Beauty, collectives like New York's Showfields, and hybrid concepts such as Chillhouse, New York's nail-spa-turned-wellness café.
Globally, prestige beauty was up in all markets, except for France and the U.K., which saw sales decline 2 and 1 percent, respectively. Using France as an example, Jensen warned against relying on discounts and promotions to draw consumers into stores. Discounting of beauty products grew in 2018, particularly in makeup, where sales have softened. Dollar sales coming from discounted merchandise in the face category were up 6.7 percent from 4.8 percent in 2017, discounts in eye shot up to 10.1 percent from 6.8 percent, and lip went from 7.3 percent to 10.1 percent.
Looking ahead to 2019, Jensen and other Trend Report speakers identified key emerging themes driving consumer habits, most notably sustainability, credibility and factoring in emotional health and well-being with beauty.
Lauren Goodsitt of Mintel and Karen Wolfe of Nielsen talked about "beauty with a brain." Consumers are growing increasingly mistrustful of claims that are not proven by science and fatigued by influencers promoting products they've been paid to advertise, and are looking for science-backed products, credible influencers who are experts in their fields and clearer labeling on packaging when it comes to natural ingredients. Consumers are becoming increasingly conscious of the link between mental health and beauty, paving the way for products that address mood and emotion. For instance, dating app Bumble has revealed its intent to launch skin-care designed to aid in coping with the emotional stress of modern dating culture.
Flynn Matthews, head of insight and measurement, consumer packaged goods at Google, spoke about the increasing fragmentation in beauty due to ingredient micro-trends. Searches for individual ingredients, such as vitamin C, retinol, zinc, frankincense oil and cannabidiol spiked dramatically in 2018, as well as searches for individual chemical ingredients commonly found in beauty products, such as sulfates and parabens, driven by efficacy and safety concerns. Ones to watch for 2019 include gluten and oxybenzone in the U.S., and sulfur and endocrine in France.
Source: Read Full Article