Emily’s first attempt had ended in failure just weeks before Christmas and she had steeled herself to try again. The couple had been told they were entitled to three free IVF cycles on the NHS, in accordance with the National Institute for Health and Care Excellence (NICE) guidelines for women under 40. Then, they discovered their local health authority was rationing couples to just one free round, and if they wanted more they must pay. Sick with worry, special educational needs teacher Ben, 33, told his wife about the bill and the devastated pair dropped their treatment at Oxford Fertility Clinic.

Emily, 32, a student outreach worker at Oxford Brooks University from Abingdon, said: “It was awful. I became quite depressed. Not knowing what the future looks like for us, and whether we will ever be able to have the life we imagined for ourselves, is agonising. It’s not the regional health service, it’s the National Health Service!” Welcome to the cruel world of fertility treatment where living in the wrong postcode can cost you thousands of pounds – and your chance of having a baby.

An estimated 3.5 million people in the UK – equivalent to one in seven couples – struggle to conceive.

IVF, or in vitro fertilisation, is the fusion of a woman’s egg with sperm in a laboratory to form an embryo that is placed back inside her womb.

Despite the NICE guidelines, individual Clinical Commissioning Groups (CCGs) can set their own limit on the number of IVF cycles permitted, and can insist on arbitrary criteria such as a patient’s body mass index, or the number of children one partner might have from an earlier relationship. Scotland is currently the only place in the UK to fund NICE’s three “gold standard” figure. Wales offers two cycles, while in Northern Ireland it is one. 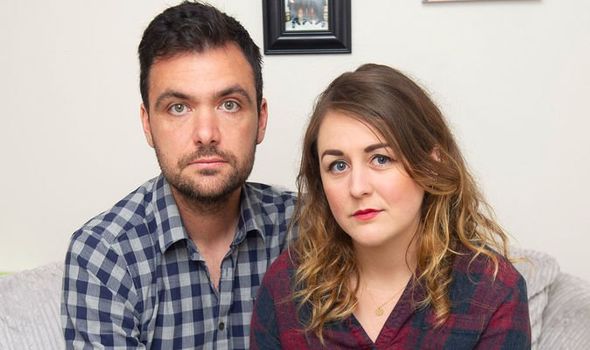 But for some couples, the postcode lottery means they have absolutely no chance of becoming parents because several English health authorities have now stopped providing IVF completely.

Eleanor Jordan, 33, was told she was a “primary candidate” for NHS IVF after two ectopic pregnancies led to the removal of both her fallopian tubes. She took some time out to recover from her “traumatic surgeries”, the last in 2015.

What Eleanor and her partner Richard Heeps, 54, did not know was that in September 2017 their local CCG in Peterborough and Cambridgeshire had become the fifth authority in England to suspend all free fertility services.

“Had we lived 30 minutes away in Bedfordshire, we would have qualified,” Eleanor said. “It is also available in Suffolk, which is a 25-minute drive away.”

Richard added: “We know of between 150 and 170 couples in Cambridgeshire in the same situation.” 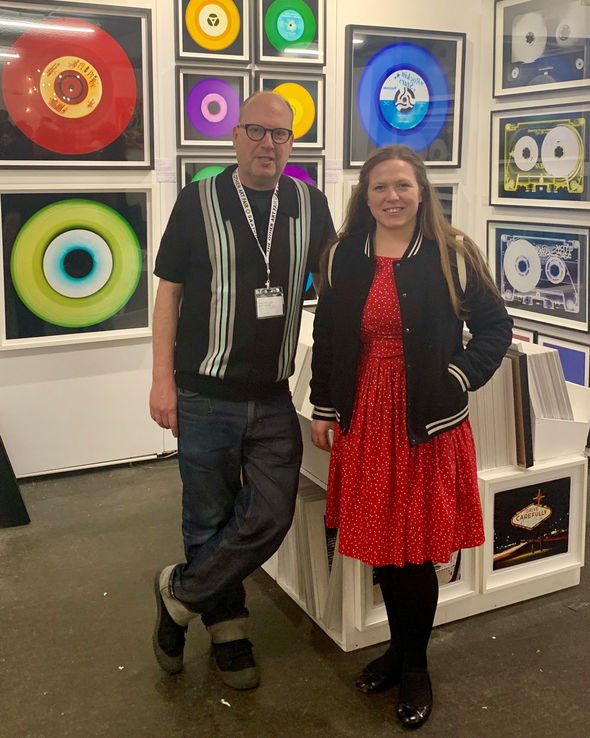 The couple run a photography and fine art gallery in Cambridge so uprooting their lives was a huge decision. They had been waiting for the outcome of a review due out this year, but it never came.

The authority announced on August 6 that it was stopping IVF funding indefinitely to slash costs.

Particularly upsetting for Eleanor and Richard, they had felt hopeful after former health minister Jackie Doyle-Price lambasted CCG bosses in June about the postcode funding model.

Her leaked letter branded the system “unfair for patients with infertility” while creating “untold damage” to the NHS’s reputation.

Eleanor said: “It’s really painful. There are people around us who have had children at the same time as we might have had.”

The couple are now considering crowdfunding to realise their dream of having a child, which can cost in the region of £2,500 to £5,000 per individual cycle.

Statistics collated by campaigning group Fertility Fairness show there has been a gradual erosion of NHS-funded IVF cycles for women under 40 over the past five years.

Only 13 percent of England’s CCGs offered the recommended three NHS-funded IVF cycles for women under 40 last year, while one in five CCGs (21 percent) has slashed their service provision over the past two-and-a-half years.

Basildon and Brentwood, Croydon, Mid-Essex and North Essex have cut all treatment entirely in the past few years.

Sarah Norcross, co-chair of campaign group Fertility Fairness, says money-saving is nearly always a factor. She said: “Fertility treatment is always at risk when CCGs are looking to cut their budgets and they seem to identify it as a low-hanging fruit.

“It seems to be something they can get away with not offering as opposed to other things.”

Peterborough and Cambridgeshire CCG points out it is the third-lowest funded CCG in the country with a deficit of £75million forecast for 2019/20.

But it estimates to save only £700,000, less than one per cent of the deficit, by dropping free IVF.

The Department of Health and Social Care said it is “unacceptable for any local Clinical Commissioning Groups not to offer routine access to fertility services and we expect them to fully implement these guidelines”.

Fertility magazine IVF babble and charity Fertility Network were so incensed by the political tug-of-war, they created an online petition and took their 100,000-plus signatures to Downing Street in January, demanding a Parliamentary debate. So far, that hasn’t happened.

“There needs to be regulation,” said the magazine’s co-founder Tracey Bambrough.

“It would be like someone has a heart complaint and needs an urgent operation but they’ve stopped that operation in their area.”

The World Health Organisation classes infertility as a “disease” and Tracey is a prime example of why this classification matters.

She struggled to fall pregnant in her late 30s and was initially told it was because of her age and “digestive problems”.

Her refusal to accept that meant she was finally able to conceive through IVF aged 47 after her blocked tube, endometriosis, thyroid problem and polyp were properly diagnosed and went on to have twin girls.

Her argument is that the “NHS will be hit anyway by knock-on effects such as mental health”. A 2016 survey by Fertility Network found 90 percent of respondents with fertility problems reported depression while 42 percent felt suicidal. 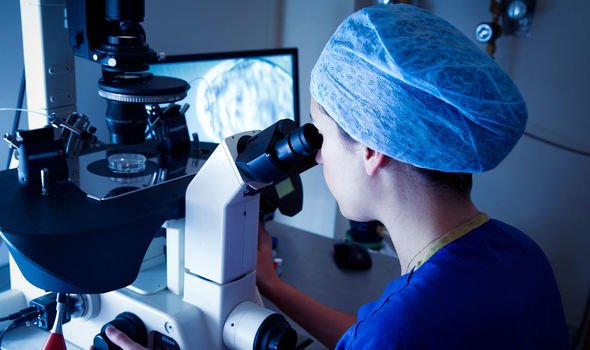 Emily Scott says she sought counselling and would have felt “hopeless” without it.

She said: “It has tested us as individuals to the limit and we have both struggled with our mental health since.”

She started her own Parliamentary petition after a private round of IVF in March, with financial support from their families, was initially successful, but sadly, ended in a miscarriage.

Single mothers are not necessarily entitled to any free treatment. Some authorities impose conditions and others will not offer IVF.

Same-sex couples must pay for six rounds of intrauterine insemination (IUI) using donor sperm, each costing up to £1,300, before they qualify for free IVF.

Increasingly, there are voices in government who want change.

Ed Vaizey, Tory MP for Wantage and Didcot, has urged Oxfordshire CCG to up its offer of one free cycle.

Emily has written to Health Secretary Matt Hancock. She said: “Ultimately Ben and I have each other and we have hope.

“We are considering all our options, including adoption, and remind each other almost daily our family will come one way or another.”